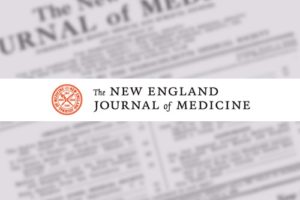 That prestigious medical journal, the New England Journal of Medicine, has produced a cool video that makes a complex medical article, about syncope (a ‘faint’) and pulmonary embolism, easy (or at least easier!) to understand.

Making sense of medical journals could never be described as ‘light reading’! We try to have regular written articles to keep you up-to-date with important new research, but having a video puts a whole new spin on things: I especially like the electronic voice that presents it.

We can’t embed the video into our post but if you go to the NEJM page, you can click on the quick take video summary  or you can just read about the article below.

Prevalence of Pulmonary Embolism among Patients Hospitalized for Syncope

It’s a study from 11 Italian hospitals, published in the NEJM on Oct 20th 2016 by Paolo Prandoni et al

Pulmonary embolism is often overlooked as a possible cause of syncope so the authors wanted to investigate how common it is.

What did they do?

The authors of this study looked at everyone who turned up in the emergency departments with syncope, a total of 2584 people. Syncope is the medical term for what’s usually called a ‘faint’, that is a transient loss of consciousness, for a minute or less.

They studied further the 560 of these people who were admitted to hospital. They did a D-dimer test and Wells score on all these people to assess risk of PE, and excluded the 330 people who came out with a low risk. That left 230 people, who were assessed with CTPA (or similar).

What did they find?

It’s important for doctors in the emergency department to consider Pulmonary embolism as a cause for syncope.

If you have had a blood clot before and faint, remember it could be a PE.

Thanksgiving - 5 events in coagulation history
What's in your blood? - Q & A