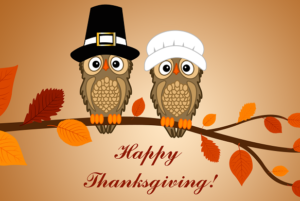 Even though we live in New Zealand, we like to celebrate the American tradition of Thanksgiving. We have a big family meal and give thanks for the birth parents of our three adopted children (I got this idea from Mia Farrow). Afterwards we get out our Christmas tree and lights to start the long process of decorating inside and outside.

Paul is quite interested in the history of medicine, so I asked him which coagulation events we should be most thankful for. There are many, but here are five that had a significant impact. 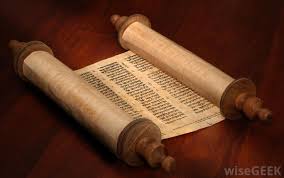 The earliest record acknowledging clotting disorders occurred over two thousand years ago and is recorded in the Talmud.  One of the most important ceremonies in the jewish religion is the circumcision of boys within the first few days of life. Unfortunately a very small number of boys bled to death following this procedure and in some families this occurred repeatedly with tragic consequences. This led to a dispensation in some families which is recorded in the Talmud by Rabbi Judah. The Talmud is a record of the rabbinic teaching and is a central text to Jewish law. The rabbinic writings said that if two of your sons had bled to death following circumcision, then you didn’t have to circumcise your third son.

These families probably had severe haemophilia and the rules would have saved the lives of their newborn boys. Unfortunately the boys would probably die in childhood anyway, through blood loss from continuous oozing from minor cuts.

2. Understanding blood was more than a red liquid 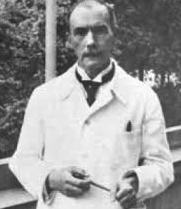 Anybody involved in medicine or physiology will know that the process of blood clotting involves a cascade of different reactions. One protein activates the next which in turn activates the next and so on until a blood clot is formed. This concept of a clotting cascade is now well established, but where did the idea come from? The roots of the clotting system were really established by a German Doctor, Paul Morawitz, who wrote his dissertation on blood coagulation. He was the first person to realise that several different proteins were involved in clotting and they needed to work together. A lack of any of them would prevent normal coagulation. He only identified four factors but his work published in 1905 is regarded as the stepping stone for all research related to the clotting cascade. 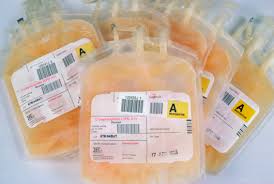 Severe haemophilia is a life threatening disease and until the 1960 there was virtually no treatment for this condition. Prior to treatment boys with this condition had repeated bleeds into their joints and muscles and could have prolonged bleeding after a minor injury. There are well documented cases of boys bleeding to death following dental extractions or minor lacerations as there was no way to make the bleeding stop. Blood transfusions gave some benefit but it was not until the 1940s that plasma could be broken into different fractions. One fraction contained factor VIII which is the missing factor in haemophilia, but preparation was really complex and difficult to keep sterile. However in 1960 the treatment of haemophilia became dramatically easier following an observation made by Judith Pool, a scientist working at Stanford University. Judith was working on plasma fractions containing factor VIII. These had to be frozen or the factor VIII activity would be lost. She noticed that when the plasma was thawed, there was no factor VIII in the initial liquid portion but noticed a precipitate at the bottom of the sample. When she collected the precipitate and thawed it, she found all the factor VIII. Her genius was the leap from that laboratory observation to the practical idea of using the last-to-thaw property of FVIII to separate ‘cryoprecipitate’ from whole plasma. This could be done in any blood bank and made treatment readily available for people with Haemophilia. This discovery prevented much suffering and saved many lives. 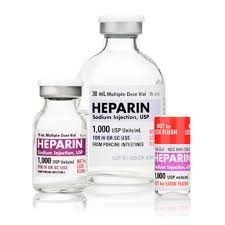 In 1916, at Johns Hopkins Medical School, Baltimore, USA, a second year medical student, Jay McLean, was working under the physiologist William Henry Howell. Howell’s main interests were the substances controlling blood clotting.  He believed that the release of a chemical called cephalin (so called because it was first isolated from a dog’s brain) from platelets started the clotting process.  Jay McLean had come  to Baltimore the previous year and was given the job of examining the purity of cephalin. He finished this work early and suggested to Howell that he could look at similar chemicals in other organs such as the liver. Jay carried out a similar extraction technique in the liver but found little cephalin activity, rather he unexpectedly found a chemical that acted as an anticoagulant rather than an activator of coagulation. Initially he was unsure of his finding but working alone without any funding he repeated his studies and eventually plucked up the courage to present his work to Dr Howell his supervisor. This is a quote from Jays own work,

“He was most skeptical. So I had the Diener, John Schweinhant, bleed a cat. Into a small beaker full of its blood, I stirred all of a proven batch of heparphosphatides, and I placed this on Dr. Howell’s laboratory table and asked him to tell me when it clotted. It never did clot.

He still did not believe that I had discovered a natural anticoagulant, but it was at this point that he became interested in my research problem, “

The substance Jay had discovered was heparin. 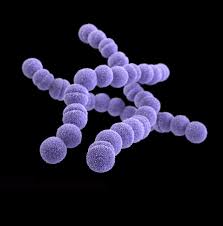 The clot busting drug, streptokinase was discovered in 1933  by chance following careful observation by  Dr. William Smith Tillett. Louis Pasteur’s famous saying applies aptly to Tillett: “Chance favours the prepared mind.” Tillett was Associate Professor of Medicine at Johns Hopkins University. He was working with the bacteria streptococcus and noticed that the bacteria formed clumps in test tubes that contained human plasma but not in those that contained human serum. While most people would have dismissed this as trivial, Tillett considered it significant. He suggested that the protein fibrinogen was binding to the bacteria sticking them together. He then inferred that any plasma containing streptococci would not clot, because it would lack free fibrinogen. He set about designing an experiment to test his hypothesis. He took some human plasma and added streptococci to some samples expecting those with the bacteria to remain liquid and those without to clot. To his dismay they all clotted.

Tillett, dejected, left the test tubes in the rack without bothering to clean or discard them. He continued to wonder what was wrong with his hypothesis. Drawn back to his tubes one last time before discarding them, he observed to his delight that there was free liquid in one set of test tubes—those containing the streptococcal cultures. From this he concluded that rather than binding fibrinogen, the bacteria produced a chemical which destroyed it. This was streptokinase which has been widely used in the treatment of heart attacks as a clot busting drug ever since.