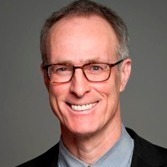 The WELLS score gives health professionals an idea of your likelihood of having  a blood clot. There are different tests for DVT and PE. This is about the one for DVTs, which is the score most frequently used.

The naming of this test is not from the place, Wells, a lovely town in West England, which happens to be where Angela was born, but from Philip Wells,(pictured left), the Canadian epidemiologist who derived the scoring system.

When people have symptoms suggestive of a DVT, the Wells score is used to help decide who should have an ultrasound scan.

The only way to confirm a blood clot is with an ultrasound scan, but doctors don’t want to do a scan on everybody who turns up with a pain in the leg, as many patients will not have a clot, in fact in most cases the pain will be due to muscle pain, cramps or similar conditions. So doctors use two measurements to decide who should have a scan for a suspected clot; one is the Wells score and the other is a blood test called the d-dimer test (discussed in tomorrow’s post).

If your Wells score is high then there is a good chance you have a clot and you should have an ultrasound scan straight away, but if the score is low the doctor will want more information before arranging a scan and will request a d-dimer test. If the d-dimer is positive you will have a scan, but if both the score is low and the d-dimer negative you do not need a scan. The chance of having a blood clot is very small.

2. Add 1 point for each of the following findings

3. Deduct 2 points if other likely diagnosis

Part of the scoring is that the doctor must consider other diagnoses, such as cellulitis, and deduct points from the score if these are likely.

If the score is 2 or more a clot is likely and a scan should be performed.

In many hospitals the score is used as part of a “Diagnostic pathway” so the possibility of a DVT is carefully considered in anyone with leg problems, and there is less risk of missing a clot.

Can you work out what your WELLS score was when you presented with a DVT?

D-Dimer Dos and Don'ts - Have you had this test?
Reaching your diagnosis - DVT