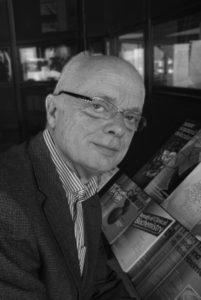 Protein C was discovered in the 1970s by Stenflo, a scientists working on plasma from cows. He was interested in the proteins that required vitamin K to function properly. He was doing an experiment separating vitamin K dependent  proteins in bovine plasma using ion-exchange chromatography. During these experiments he found a protein not previously identified that came off the chromatography column as the third peak, “peak C”, hence the name protein C.

How does Protein C work? 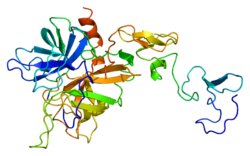 It is now known that Protein C acts as a natural anticoagulant in the blood. It is mainly active on the lining of blood vessels and helps to maintain the balance between clotting and bleeding. The clotting system is complex and fascinating (at least I think so) and the balance maintaining the circulation is delicate. When you injure yourself the clotting system is activated to make a blood clot to stop you bleeding, but you don’t want that clot to get too big and you certainly don’t want it to block the normal circulation. This is where the proteins like protein C come into play. Protein C is largely inactive in the circulation but can bind to the lining of blood vessels localising its activity to the blood vessel wall. If an injury takes place the clotting system is activated to make a clot, but Protein C is also activated to prevent the clot getting too big.  The activated protein C destroys some of the clotting factors (Factor V and Factor VIII) making the blood less likely to clot. If you disturb this balance by having a low concentration of protein C, the blood will clot more easily. Hence protein C deficiency increases the risk of blood clots.

How does protein C deficiency affect me?

Protein C deficiency is an inherited condition. Over 200 mutation have been identified in the protein C gene. Some of these mutations cause a complete deficiency of the protein, this is called type 1 deficiency, whereas others affect the function of the protein C, type II deficiency. People with protein C deficiency have a protein C level around 50% of normal. The strange thing with this condition is that there is huge variability in the way it affects individuals. Some families have a history of multiple severe blood clots whereas other, even with the same mutation, have no blood clots at all. This has led to the theory that more than one mutation is necessary to cause significant clots; this is ongoing research. This variable presentation makes it hard to know the significance of a low level of protein C in the blood. Large population studies show that between 1 in 200 to 1 in 500 people have a reduced level but only a small proportion of these have blood clots. Protein C deficiency is found in about 5% of people who have a spontaneous blood clot before the age of 50yrs.

Does Protein C deficiency increase my risk of another blood clot? 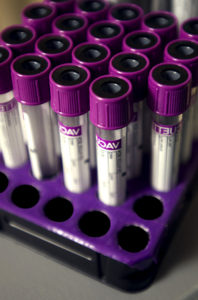