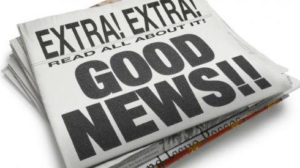 You probably already know that if you have atrial fibrillation (AF), then taking warfarin means you have a lower risk of stroke. But did you know there are two other benefits?

If you have AF and you’re taking warfarin, but are still unlucky enough to have an ischaemic stroke, then compared to people not on warfarin: –

Tell me about the study

The AnTicoagulation and Risk factors In Atrial fibrillation (ATRIA) study followed 13 559 adults with atrial fibrillation from Northern California. It was published in the medical journal “Stroke” (a highly regarded journal) in 2012.

It compared people taking warfarin with those not on anticoagulants, looking at how many strokes occurred and what their outcome was.

There were a total of 1025 ischemic strokes (the commonest kind, where a blood clot forms or gets lodged in an artery of the brain)  and 299 intracranial hemorrhages.

1. Less likely to have a stroke

45.7% of people on warfarin were discharged from hospital with no deficits or only mild problems caused by an ischaemic stroke. This compared to 39.1% of people not on anticoagulants. This took into account age, sex, prior stroke, hypertension, heart failure, diabetes and coronary artery disease.

Like all statistics, the meaning is for groups of people rather than individuals. However this study reinforces the benefits of taking anticoagulants if you have atrial fibrillation and also highlights the importance of having regular INR tests if you are on warfarin, so that your INR can be kept in the therapeutic range.