As we’re approaching Halloween with all its myths, we thought it would be a good time to look at anticoagulant myths. 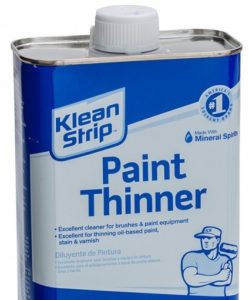 A while ago I was talking to one of my patients about the side-effects of warfarin and mentioned that some people feel cold on warfarin, but we don’t  know why this should be. He said to me that it is obvious, you feel cold because warfarin makes your blood thinner!  This is a bit of a fallacy as the viscosity or thickness of your blood does not change when you are taking warfarin. Your blood circulates in just the same way whether you are taking warfarin or not. The only thing warfarin does is that it alters the way the blood clots.

The process that makes your blood clot involves several different clotting factors in the blood. These factors work together with one factor activating the next and so on. The process is referred to as the clotting cascade. Many of the clotting factors work more efficiently when they are bound to a chemical called phospholipid. Warfarin works by preventing four of the clotting proteins from binding to phospholipid, and as a result slows down clotting. However warfarin does not altered the thickness of the blood at all;  it just doesn’t clot very well. The slowed clotting is measured by the INR test. 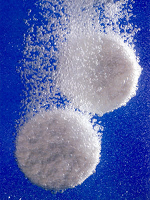 A lot of people believe that anticoagulants like warfarin or heparin work by dissolving blood clots, but these drugs actually work by preventing blood clots from growing. Your body dissolves the clot itself. If you develop a blood clot in a vein, such as a DVT, the clot causes some local damage to the lining of the blood vessel. This releases a chemical called tissue plasminogen activator or tPA for short. tPA converts a chemical in the blood called plasminogen to a very potent enzyme called plasmin which dissolves blood clots. This whole process is called fibrinolysis. Lysis is another word for dissolving a clot, which is made of a protein called fibrin.

If you have a small blood clot you may not need any treatment as your body will naturally dissolve the clot over time. Larger clots take much longer to disappear and can be very dangerous as all the time they’re there, they can extend. Treatment is necessary to prevent extension of the clot and give your body time to lyse it. Perhaps the best way to think about blood clotting is to image it is a bit like a seesaw. On one