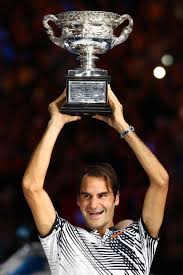 This week some big names were winners at the Australian Tennis Open.  Roger Federer won his 18th Grand Slam at the ripe old age of 35 yrs and Serena Williams once again took the Women’s title. I guess that most of my readers would regard the age of 35 as young, but in a high speed sport like tennis, Federer is getting a bit old to be playing at the top level of the game. He is the oldest person to win a Grand Slam title in 45 years. It is a good reminder that our physical abilities do start to decline from quite an early age, but regular exercise has been shown in many studies to be beneficial for both young and old, and is particularly beneficial for people with heart disease or vascular problems like DVT or PE.

Serena William’s story is a good example of how exercise and determination can help you get over serious illness. Serena had a major pulmonary embolus in 2011 and was out of action for several

months. In spite of the severity of her condition she has fought back to become the most successful female Tennis player of recent times. This week she beat her sister Venus Williams to take the Australian Open, her 23rd major title.  She has regained her ranking as No 1 in the world and she is in striking distance of Margarets Court’s record of 24 major titles.