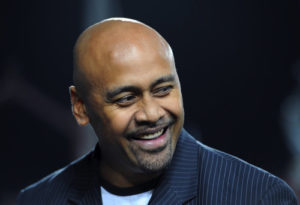 An All Black Legend

One year ago, on 18th November 2015, one of the New Zealand Rugby greats passed away. Jonah Lomu was known the world over as an All Black legend and was one of the most feared wingers in the history of the game. He was only forty when he died and his death was seen as a huge loss to rugby as he was a great ambassador for the game. Although Jonah had a long history of major kidney problems, it is most likely that he died from a pulmonary embolus following the long air flight home after the Rugby World Cup in the UK. The kidney disease is likely to have increased his risk of a blood clot. 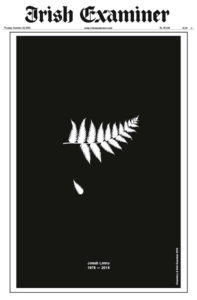 It is fitting that the All Blacks are playing Ireland this weekend as the Irish had a great love for Jonah. The front page of the Irish Examiner the day after he died, demonstrated the depth of feeling for Jonah.

His death was a real tragedy for his family and the country. It is truly unfortunate as PEs secondary to long distance flying can potentially be avoided in people at high risk. I do not know if Jonah received anticoagulant prophylaxis for his long journey home from the UK, but his death emphasises the importance of discussing this potential problem with your doctor before flying if you have a risk of blood clots.

What's in your blood? - Q & A
Frivolous Friday - the death that stops you clotting