You may have guessed by now that I love Christmas! We decorate the house, have family visit, have special foods, Christmas pyjamas and even a Christmas crockery set. But, it’s important for me to stop and remember there are people for whom Christmas is not a time of rejoicing.

As foster parents, we became aware of this when we saw children grieving for what could not be. And when we visited Glide church in San Francisco one December, I was impressed to see they had a Blue Christmas reflection service for those who are stressed, lonely or hurting.

Today’s quote “this too shall pass” may be helpful to those who find this season hard or indeed to anyone  facing adversity.

The quote has been around for thousands of years. It reminds us how small we are in the scheme of things.

Here are some of the ways it’s been mentioned –

– where it is attributed to King Solomon

– “Benaiah, I was told that there is a special ring that has special power. It can change the mood of a person. A sad person becomes happy when watching it and a happy person becomes sad. I know that you of all people in the kingdom can find the ring. Would you be able to find this ring?”

Benaiah found the ring and presented it to Solomon

“It has three Hebrew letters engraved on it: Gimel, Zayin, Yud. “The three letters are ג,ז,י represented three words: Gam Zeh Ya’avor”. It means in English: “This too shall pass.”

You can still get such rings today.

– by the Attar of Nishapur

Once a king called upon all of his wise men and asked them, “Is there a mantra which works in every situation, in every circumstance, in every place and in every time – in every joy, every sorrow, every defeat, and every victory – one answer for all questions?  Something which can help me when none of you is able to advise me? Tell me, is there any mantra?”

All the wise men were puzzled by the King’s question.  After a lengthy discussion, an old man suggested something which appealed to all of them.  They went to the King and gave him a ring with words engraved into it, with a condition that the King was not to read it out of curiosity.  Only if, in extreme danger, when the King finds himself alone and there seems to be no way out, only then he can read it.  The King wore the ring without reading the engraving.

Some time later, the neighbors attacked the kingdom.  The King and his army fought bravely but lost the battle.  The King fled on his horse and the enemies followed him.  The King found himself standing at the mouth of a deep ditch.  If he jumped into it, there would be no way out.  The sound of the enemy horses were approaching fast and the King became restless.  There was nowhere else to go.

The King remembered his ring and about the engraving.  He decided to read the message.

The King read it again and again until something struck him.  Yes! This, too, will pass.  Only a few days ago, I was enjoying my kingdom; I was the mightiest of all the Kings.  Yet today, the Kingdom and all its pleasures are gone.  I am trying to flee from my enemies.  But just as those days of luxuries have gone, this time of danger will pass, too.  Calm came over the King.  He remained still and silent.  The King looked around at the place where he was standing and realized how beautiful it was.  He had never known that such a beautiful place existed in his Kingdom.

The revelation of the ring’s message had a great effect on him.  He relaxed and forgot about his pursuing enemies.  After a while, he realized that the noise of galloping horses had receded and that his enemies had lost him.

The King gathered himself and reorganized his shambled forces and fought again.  He defeated the enemy and reclaimed his empire.  When he returned to the city after the victory, he was received with much fanfare.  The whole capital was rejoicing and everyone was in a festive mood.  Flowers rained down upon the King from every house, from every terrace as he trotted by.  People were dancing and singing.  In this moment the King thought to himself, “I am one of the bravest and greatest Kings.  It is not easy to defeat me.”  In all of the celebration an ego emerged in the King.

Then a ray of sunlight caught the King’s ring and sharply flashed into his eye reminding him of its message, “This, too, shall pass.”

This, too, shall pass.

Although the quote is sometimes attributed to the New Testament, it isn’t there! However the meaning of 2 Corinthians 4: 17-18 comes close – 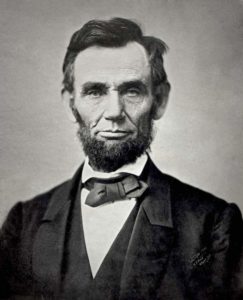 Abraham Lincoln used this quote during an address to the Wisconsin State Agricultural Society in Milwaukee, Wisconsin, September 30, 1859

It is said an Eastern monarch once charged his wise men to invent him a sentence, to be ever in view, and which should be true and appropriate in all times and situations. They presented him the words: “And this, too, shall pass away.” How much it expresses! How chastening in the hour of pride! How consoling in the depths of affliction! “And this, too, shall pass away.” And yet, let us hope, it is not quite true. Let us hope, rather, that by the best cultivation of the physical world, beneath and around us, and the intellectual and moral world within us, we shall secure an individual, social, and political prosperity and happiness, whose course shall be onward and upward, and which, while the earth endures, shall not pass away.