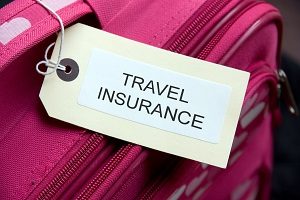 In May last year, I posted about our problems getting travel insurance as Paul has had multiple pulmonary emboli. This time it proved even harder as we were going to America, to take Noah to Disneyland as a special holiday to celebrate him turning 18 this year. I tried the companies that had been helpful before, but although they would insure us for travel to Europe, they wouldn’t cover America.

Then I remembered that in the comments section a reader had suggested using an insurance broker. This didn’t really sit well with me as I quite like researching things on the internet myself and feeling I have a good grasp of what’s on offer and which is the best deal. However I swallowed my pride and phoned the first insurance broker in New Zealand that I found at aon.com .

AON is a big company in 120 countries so it may be useful to our readers outside NZ too. Within 24 hours, they had found us a fantastic policy, which covered multiple trips over the whole year (pre-exsisting conditions were covered so long as each one was less than 21 days) including visits to America.

It cost NZ$1,387 for the whole year, (much less than multiple single trip insurances) and covered Noah and I as well as Paul. We were really pleased with this deal and I promised the agent that I’d mention it on this blog, as I know how hard it can be for our readers to get cover especially after multiple episodes of thrombosis. 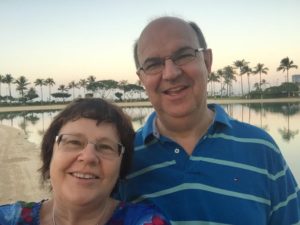 While it was good to know we were covered if anything happened, what was even better was having 15 days of holiday where we didn’t get sick!

Our dawn walk along the beach front in Waikiki seems a long time ago now. We’re safely back in NZ, where after shutting during January, school starts back and normal work resumes in February (and often the weather improves too!). This means our regular postings to Coagulation conversation have resumed too.