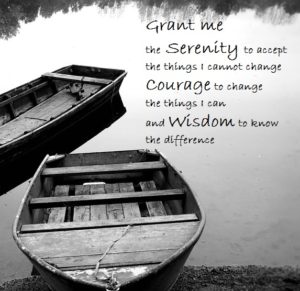 No matter what your political affiliation, ‘Serenity’ is not a word that could be used to describe these past few days!

I thought this famous prayer was apt for our weekend reflection though, as it can be applied to times of political change as well as to our personal times of adversity.

Our ‘Weekend reflection’ series of quotes is designed to help when you’re facing adversity or finding your new normal.

We post these on the weekends, so if you’re not interested you can just ignore these posts, but if you find them helpful you’ll have a little more time for reflection.

the Serenity to accept the things I cannot change,

Courage to change the things I can,

And Wisdom to know the difference.

This prayer is probably best known as part of Alcoholics Anonymous and other twelve-step programmes and has been included in their literature since 1941, when a member brought it to the attention of AA’s co-founder, Bill W.

Similar sentiments had been expressed before: For example, Mother Goose rhymes of 1695, included 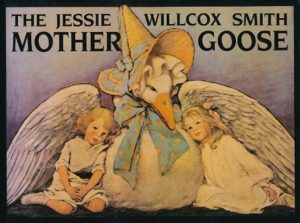 For every ailment under the sun

There is a remedy, or there is none;

If there be one, try to find it;

If there be none, never mind it. 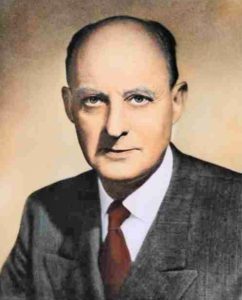 The prayer became better known when a fuller version  was published in a magazine in 1951.

God, give me grace to accept with serenity
the things that cannot be changed,
Courage to change the things
which should be changed,
and the Wisdom to distinguish
the one from the other.

Living one day at a time,
Enjoying one moment at a time,
Accepting hardship as a pathway to peace,
Taking, as Jesus did,
This sinful world as it is,
Not as I would have it,
Trusting that You will make all things right,
If I surrender to Your will,
So that I may be reasonably happy in this life,
And supremely happy with You forever in the next.

The words have been put to music by the Serenity prayer Project, which was started after the Werch family house burned to the ground in 2013. As they rebuilt, they felt the truth of the prayer and say of the words, “I have always felt that they are incredibly far-reaching and can not only bring peace to those with chemical addictions, but also to those who have experienced loneliness, depression, food disorders, mental illness, physical illness, financial difficulty, discrimination, oppression, and all forms of abuse.  It is in great honor of his (Reinhold’s) wisdom that we bring you The Serenity Prayer through song in hopes that it resonates deep within you and heals what ails you.”

We know this prayer so well, that I think it’s sometimes easy to overlook just how profound it is. For many years I kept a copy in my purse and I have a little book of quotes based on the prayer which goes in my hospital bag. I think a prayer that has helped many people stay sober over the years is very powerful and deserves our respect. What do you think?

Clot risk - getting older
History of the blood-red remembrance poppy