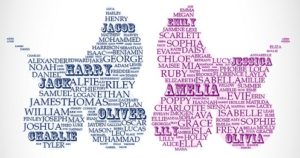 It took Paul and I a long time to choose names for our kids. We wanted to find something we both liked and had some kind of meaning for us. Our eldest is called Joseph which means “God will add”; this turned out to be appropriate as we now have eight children!

Drug companies too, spend a long while choosing the right name for their products. Do you know the meaning of the name of the anticoagulant you take?

The first four letters are the acronym WARF, for Wisconsin Alumni Research Foundation, where warfarin was developed. The “arin” part makes it sound scientific and also shows it’s related to coumardin.

This is the oldest anticoagulant. It was one hundred years ago, when Jay McClean, a medical student at the time, presented a paper reporting his discovery of an anticoagulant extracted from liver, hence the name Heparin (Hepa meaning liver). Today heparin is extracted from the stomach of pigs! May be it should be called “Gastrarin”.

Some of the new anticoagulants work by inhibiting the clotting factor Xa. Their names end with the letters “Xa ban”; examples are Rivaroxaban, Apixaban, and Edoxaban.

Other new anticoagulants work by inhibiting the clotting protein thrombin: They are named to end with the letters “tran”, although I can’t find out why. Exampes are Dabigatran and another drug Ximelagotran  (which has now been withdrawn from use).

What name would you suggest for a new anticoagulant?