You’ve probably heard of the “fight or flight” adrenaline response that people have to shocking situations, but did you know these are also two symptoms of Post Traumatic Stress Disorder, PTSD?

You may just have heard of PTSD related to the military after active service, but it can occur in anyone who has experienced a terrifying or traumatic event including serious injury or threat of death. That could mean pulmonary embolism, stroke, heart attack, hemorrhage or another event not linked to coagulation.

Mental Health issues are often overlooked when you have a serious physical illness, but they are very common and can have just as great an impact on your life as physical symptoms. Even if you don’t have the full-blown condition of PTSD, you will probably  experience some of its symptoms to a varying degree.

It is when you are finding recovery overwhelmingly hard and just can’t function normally at work, home or socially  that  PTSD is a possibility.

Doctors and psychologists use a manual called the DSM 5 which lays out the criteria for diagnosing mental health conditions. In the DSM 5, PTSD has four clusters of symptoms, each of which I’ve given an ‘F’ word heading.

Flashbacks or other forms of re experiencing the trauma occur outside your control. You may have frequent dreams about the event or find something triggers an intense memory of the event so you feel as if you’re reliving it.

Triggers can happen to a lesser level too: I had taken my son Noah to a routine outpatients appointment and was climbing a staircase in Wellington Children’s Hospital. Suddenly I  felt anxious with a wobbly feeling in my thighs. I was a bit puzzled at first, then remembered that this was the staircase I’d climbed when Noah was on the ward as a very sick baby and I was so worried that I’d felt my legs might give way. The staircase had triggered  a visceral memory in my legs even though I wasn’t remembering on a conscious level.

The re-experiences of the event are so disturbing that you go out of your way to run from them or avoid the trigger situations.  Avoidance can have a major impact on your everyday life. For example, when you’re out driving, you may change your route to avoid a ‘trigger’ site that brings back memories. 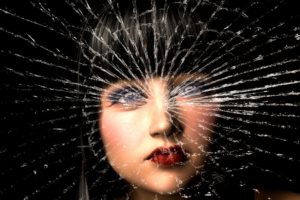 Both your mood and your thoughts can be negative. You may ‘do yourself down’ because you’re not able to recover as you wanted. You may spend hours searching for something or someone to blame for what happened. You may feel depressed, guilty of ashamed of your behaviour. Sometimes the feeling is more of numbness or not being entirely present in everyday life, still a negative feeling. 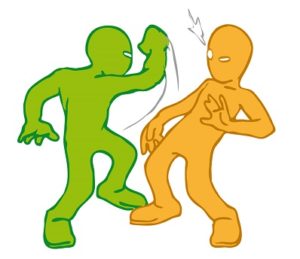 The fight cluster refers to aggressive attitudes towards yourself or others, being constantly on the alert for danger, and reckless, dangerous behaviour. This is called Arousal or Hypervigilance. It can make it very hard for you to ever feel really relaxed or get off to sleep easily.

If you recognise a few of these symptoms in yourself but they don’t really interfere with your life, then it’s probably a normal, if unwelcome, part of your recovery. However, if your life is severely impacted, it would be a good idea to see a counsellor, psychologist or doctor for further advice.

Have you suffered from PTSD or any of these symptoms? We would be interested to hear your story, especially what helped in your recovery.

Frivolous Friday - 5 worst hobbies if you're on anticoagulants
"Am I being silly doctor?" - 5 niggling concerns