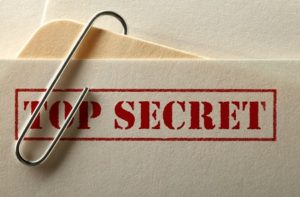 ‘Secret’ side-effects are those you’re not likely to chat to your friends about. Your doctors however, will have heard it all before, so don’t hesitate to share your symptoms with them!

It was very hard to find pictures to accompany this post, which made me realise just how socially unacceptable these topics are.

If you’ve had any of these side-effects, perhaps this post will reassure you that you’re not the only one. 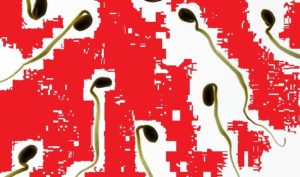 Blood in the semen

The medical term for this is haematospermia and it can be a side effect of any anticoagulant.

For men noticing blood in your semen can be quite alarming, many believe they must have prostate cancer, but most of the time haematospermia is not due to a serious problem. That doesn’t mean you shouldn’t take it seriously. If you are over 40 years-old you should talk to your doctor about it. You may be a bit embarrassed but your doctor will have seen it before. You may need a blood test and possibly a rectal examination.  There are many causes of haematospermia including infections, trauma, polyps, and prostate problems. Quite minor trauma can cause it such as riding a bike for a prolonged period. It is more concerning if it occurs frequently or is associated with other symptoms. In the medical literature there is not much mention of anticoagulants as a cause but it is well recognised among haematologists.

Even if you haven’t noticed haematospermia yourself, your partner may notice when she wipes herself after sex. If she mistakenly believes she is bleeding herself, she may become concerned, as bleeding between periods or after menopause can be due to serious medical conditions such as cancer. 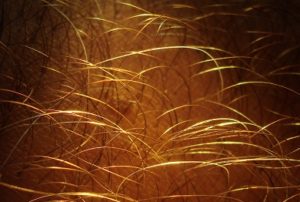 Hair loss is a relatively common side-effect of warfarin, which can be especially distressing to women. It can occur at any time although it is more common soon after starting warfarin. It is usually noticed as thinning of the hair rather than loss of large clumps of hair and total baldness has never been reported with warfarin. Unfortunately there is no known treatment that improves hair growth with warfarin. It is reversible and hair will regrow on stopping, however some people find it improves even if they continue with the warfarin. Hair loss has not been widely reported with other anticoagulants but I know that Medsafe in New Zealand are collecting data on hair loss related to dabigatran (Pradaxa). I have no idea if they have any reports. 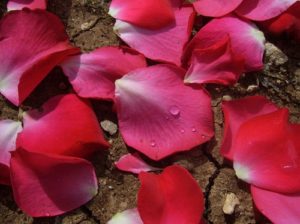 The medical term for heavy periods is menorrhagia. They can be a side-effect of any anticoagulant. The vast majority of women on anticoagulants are post menopausal but there are some younger women on warfarin for  replacement heart valves or recurrent blood clots. There is no easy way to manage this. If it is a major problem you should talk to your doctor. Some treatments can be used while you are on warfarin. Recently there has been a suggestion that the new anticoagulant Rivaroxaban can cause significant menorrhagia. If you have this problem with this drug you may need to look at an alternative anticoagulant. 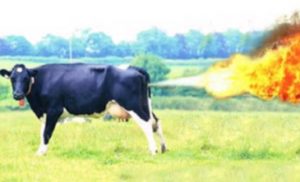 The medical term for farting is flatulence. The new anticoagulants are the major culprits for this side-effect. Dabigatran causes a lot of gastro-intestinal side-effects including abdominal pain, reflux and in particular flatulence. There is a suggestion that these symptoms are worse when you take a combination of drugs.  The anticoagulant, Rivaroxaban can also cause this side-effect. I was involved with some of the clinical trials for this drug and saw several patients with this symptom: Most complained about it except for one patient who seemed to be quite proud that he could pass so much wind!

Can you think of other little-talked-about side-effects of anticoagulants?