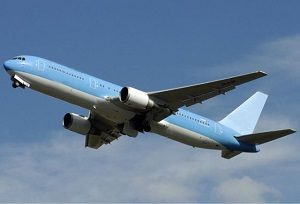 Paul’s last post had recommendations for travel after having a clot.  For those of you who want to know more of the science behind it, and are willing to decipher a bit of medical jargon, we are bringing you a review of a medical paper which showed a link between distance flown and likelihood of having a pulmonary embolus.

It’s a French study published in the New England Journal of Medicine in 2001, which looked at all arriving passengers at Charles de Gaulle (CDG) airport Paris over 7 years to find the incidence of pulmonary embolus.

The authors felt that the whole concept of what was called ‘economy class syndrome’ had not been sufficiently investigated, and that the available reports were based on small numbers of patients and were sometimes poorly documented. They decided to undertake a more comprehensive evaluation testing “the hypothesis that a greater duration of air travel is a risk factor for pulmonary embolism”.

They reviewed the records of all arriving passengers at CDG airport who had been taken to hospital with chest pain, malaise, syncope or shortness of breath, which are symptoms suspicious of pulmonary embolism (PE). They saw which of this patients had a PE confirmed by pulmonary angiography or CTPA and excluded all other patients from the study. Their data also excluded patients who died in flight or at the airport, those who didn’t report their symptoms so had no medical attention at the airport and those whose symptoms started more than an hour from arrival.

For those patients with proven PE, they collected the following data; distance and duration of the flight, class of travel, amount of ambulation on the flight, thromboembolic risk factors and clinical details of the PE.

Of the 56 patients with a PE

Although this study is 15 years-old it is one of the few studies that provides evidence that long-distance air travel is associated with an increased risk of PE. It clearly shows that those people who travel more than 10,000km have a higher incidence than patients who fly short distance. In this study around 5 travellers per million had a PE, this is probably an underestimate as they did not include patients arriving dead, those dying in the airport or those who presented with symptoms after leaving the airport, nonetheless the risk is still extremely small. There are probably many factors that increase the risk of thrombosis with air travel, including immobility and dehydration. In this study the authors note that 75% of patients were completely immobile during the flight and imply this could be a contributing factor. Therefore, moving about during a flight may reduce your thrombosis risk, but in practice it can be hard to get up and move around. The results also suggest that there may be a slightly higher risk of thrombosis travelling in economy, therefore I recommend you always travel business!

Frivolous Friday - Urine uses: Have you used this?
Travel after a clot – Dos and don’ts