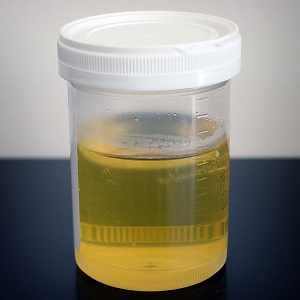 You might wonder, what is the link between urine, blood clotting, and my trip to Sweden? All will be revealed as we take a closer look at our urine. Surprisingly urine contains an important chemical called urokinase, that breaks down blood clots.

While researching this post I was surprised to find out that urine has been used for medicinal purposes for centuries. In an ancient Babylonian papyrus from 1500 BC there is mention of using urine to clean wounds and it has been used in a similar way by Aztecs, Saharan Bedouins and indigenous American Indians. There is also a significant literature on the “benefits” of drinking ones own urine. I even found mention that Madona described on the David Letterman Show how she pees on her feet to treat athletes foot. There is no medical evidence to support any therapeutic uses of urine, however urine does contain a number of chemicals including Urokinase.

The discovery of urokinase is interesting and goes back to the 1860s when a researcher noticed that urine could dissolve blood clots, however it was not until 1947 that the specific chemical was purified. In 1967 urokinase was used in a clinical trial to treat pulmonary emboli, this was called the UPET study and it showed that urokinase cleared clots quicker than heparin but caused more bleeding. You might wonder why urokinase has not been used widely since then. One reason is that it was difficult to get enough drug when the first clinical trials were carried out, as the drug had to be extracted from human urine. This bring us to the connection with my trip to Sweden. 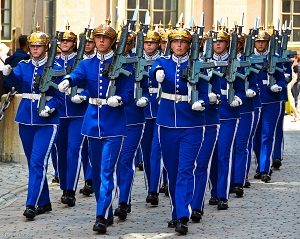 One of the first companies to extract urokinase was based in Sweden, I believe they collected urine from the Swedish Army to get enough of the drug; I am not sure how they did this, they probably collected it in buckets. Today urokinase is engineered and not extracted from urine except some is still made this way in China I believe. So if any of you have ever received this drug it probably didn’t come from urine.