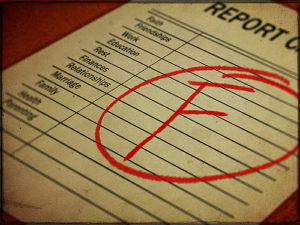 If you were among those who failed, take heart at the findings from today’s medical journal article which shows no correlation between OAK tests results and INR control!

The study is from British Columbia, Canada of patients attending an anti-coagulation clinic in a tertiary care, university-affiliated hospital, with 20,000 patient-visits per year.

The authors state that their hypothesis is controversial and that previous studies of associations between anticoagulant knowledge and clinical outcome had small patient sample sizes and did not use validated questionnaires to assess patients’ knowledge of AC.

One of the first things I tend to do when reviewing an article is to check which Journal it is from and to see if it is peer reviewed. This article is in a prestigious Journal but is actually the abstract from a poster presented from the American Society of Haematology and is not peer reviewed. Nonetheless it is an interesting premise that there might be a link between people’s knowledge  and the level of anticoagulant control.

My initial thought was that it is reasonable especially as we emphasise the importance of people’s involvement in their care, but in reality the variation in drug metabolism between individuals is probably the major reason for the wide variability in anticoagulant control.

This doesn’t mean you shouldn’t learn about warfarin as it is very important to be aware of the risks of bleeding and drug interactions. It’s also hard to believe that a study of a relatively small number of people with only a few events will show a significant difference.

It would be interesting to see if readers of Coagulation Conversation have better knowledge of warfarin and better control than other people on warfarin. Are you willing to share your results?

Weekend reflection - better or bitter
Can you pass the OAK test? answers