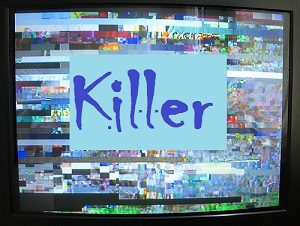 A Japanese study, just published in the journal ‘Circulation‘, has shown that the risk of dying from pulmonary embolism increases with the more TV you watch.

What kind of study was it?

It was a ‘prospective cohort’ study which means following a group of people over many years to see what happens. This is considered superior (although it’s much more expensive) to  the commoner retrospective study where researchers look back for relevant factors once something has happened.

The Japanese Collaborative Cohort Study followed  110 585 participants, 40 to 79 years of age, for nearly 20 years, until 2009. The participants completed a self-administered questionnaire that included items about demographic characteristics, medical history, and lifestyle factors. This included the average time spent watching television each day.

What did they find?

Once they excluded those who did not provide information about time spent watching television and those who reported a history of cancer, stroke, myocardial infarction, or pulmonary embolism, they were left with the TV viewing habits of 86 024 participants.

59 of these people died from pulmonary embolism, (this had to be the cause of death on the death certificate, so some PEs may not have been included). The risk of death from PE was measured as mortality rate per 100,000 person-years, adjusted for age, sex, body mass index, history of hypertension, history of diabetes mellitus, smoking status, perceived mental stress, educational level, walking activity, and sports activity. The risk  related to viewing habits was

What does this mean?

This is probably just more evidence that sitting around for too long is not a great idea!

The ‘nurses study’ was another big prospective study and showed more than double the risk of PE in those who sat around for more than 41 hours a week compared to those who sat for less than 10 hours. People who take long air flights, so sit for longer, have a higher PE risk than those taking shorter flights.

This study was carried out before TV watching patterns changed. Angela and I tend to binge watch TV these days. We have Apple TV and NetFlix and we will watch a whole TV series in a couple of evening so on occasions spend a long time watching TV (between writing posts for our site), so may be the risk of blood clots could be even higher for people like us.

We all know already that we should take regular exercise, especially just moving around more in our everyday life. Many people now wear “FitBits” and “Apple Watches” which are designed to encourage us to move more.

Will this study encourage you to do this?