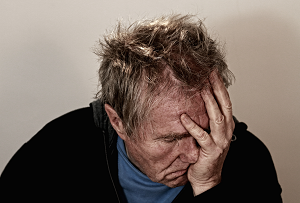 If you are on an anticoagulant, either warfarin or one of the newer anticoagulants, you need to think about drug interactions or the effects a medication may have on coagulation before taking any new treatment. This means that even medication you have used for years may no longer be the safest choice. Here’s a quick guide to the best and worst of common painkillers.

Panadol is the safest painkiller to take if you’re on anticoagulants. Unless your doctor has advised you otherwise, you can safely take two 500mg tablets each 4 to 6 hours, up to a maximum of 4g (8 tablets) a day. You can also safely drink Lemsip for colds and sore throats as long as you don’t exceed the recommended amounts on the packet. If you are on warfarin and take more than the recommended daily dose, it can affect warfarin’s action and make you more likely to bleed.

(also known as aspro, alka- seltzer or anacin. If it says salicylic acid or acetyl salicylate on the packet then it contains aspirin)

Avoid taking aspirin or aspirin containing medicines for headaches. These can increase the risk of bleeding for two reasons
1 they have a direct effect on the platelets in your blood, so it’s harder for the blood to clot
2. they can irritate your stomach lining leading to the chance of a gastro-intestinal bleed

You should only take aspirin and an anticoagulant together on the recommendation of your doctor. Occasionally people with a history of stroke or heart attack may be put on both aspirin and warfarin or another anticoagulant by their doctor, but this is to prevent further events not for pain relief.

Voltaren, Brufen, Naproxen and Nurofen are anti-inflammatories. These and all other NSAIDs (Non steroidal anti-inflammatory drugs) should be avoided. Like aspirin, they have a direct effect on the platelets in your blood, so it’s harder for the blood to clot. If you take them, you’ll have an increased risk of bleeding. Also like aspirin, anti-inflammatories can irritate your stomach lining leading to the chance of a gastro-intestinal bleed.
Occasionally people may need to be on regular anti-inflammatories, under a doctor’s supervision. For example, they may have painful arthritis that only responds to anti-inflammatories. In these cases, if people are taking warfarin, the dose can be adjusted to allow for the additional anti-coagulant effect.

(found in Migraleve, Paracodol, Nurofen plus and Solpadeine. Look for codeine in the ingredients)

Codeine is a stronger painkiller, so you are unlikely to need it for a headache. However, for more severe pain, not helped by Panadol, codeine can be useful, as it has little effect on coagulation. Watch out for constipation though!

Travel Insurance - Should it be so hard?