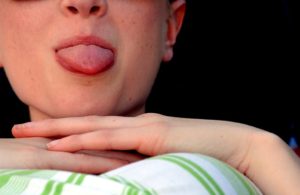 Maybe Friday is a good day to cover the meaning of “bloody-minded” Who hasn’t known work colleagues who are “deliberately uncooperative” by the week’s end? Or may be felt that way themselves? We’re looking at some common figures of speech that include the word ‘blood’. Last week’s was“My blood froze”

Apparently “bloody minded” is a British colloquialism which doesn’t always translate well into other languages. For at least 200 years, it’s been used to mean obstructive, or deliberately disobliging

However, in earlier times, it had a different meaning, more closely related to blood, being “intent upon blood and warfare”. It had this meaning when Shakespeare used it in 1592 in King Henry VI, Part III

Shakespeare’s use of “bloody-minded” 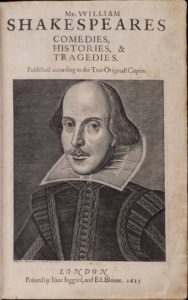 SUFFOLK:
Thy name affrights me, in whose sound is death.
A cunning man did calculate my birth
And told me that by water I should die:
Yet let not this make thee be bloody-minded;
Thy name is Gaultier, being rightly sounded.

EDWARD:
Now breathe we, lords: good fortune bids us pause,
And smooth the frowns of war with peaceful looks.
Some troops pursue the bloody-minded queen,
That led calm Henry, though he were a king,
As doth a sail, fill’d with a fretting gust,
Command an argosy to stem the waves.
But think you, lords, that Clifford fled with them?