As part of my work as a haematologist, I care for boys with haemophilia. This is a clotting disorder due to lack of factor VIII or IX: possible problems are similar to those of people on anticoagulants.

Some of these boys seem to have a death wish, because they take my advice about sports to avoid, as a challenge rather than a caution! I have known boys with haemophilia take part in 4 of the following 5 sports I’d advise you to avoid. 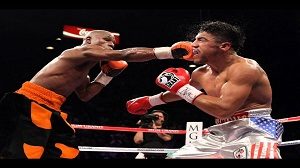 Boxing is probably the most dangerous sport for anybody on anticoagulants. Major injuries happen to the most experienced boxers and it was only in April this year that Chris Eubank Jr injured  Nick Blackwell causing a bleed on his brain and putting him in a coma. Think how much worse that would have been if he was on anticoagulants. Anticoagulants only slightly increase the risk of having a spontaneous bleed, but the major problem is that they delay clotting so if you have a minor bleed in the head or brain it can  become very serious as bleeding takes much longer to stop. Boxing can cause repeated brain trauma causing multiple small bleeds and a condition called chronic traumatic encephalopathy which can lead to dementia. 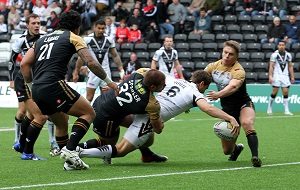 It is almost sacrilegious as a New Zealander to advise someone to avoid rugby! Earlier this year a group of 70 UK doctors suggested that tackling in school rugby should be banned and that children should only play touch rugby. Anybody who has worked in a hospital emergency department on a Saturday afternoon will know that rugby is a rough game. It is not a sport to do if you take anticoagulants, as well as the head injuries associated with hard tackles there is a high incidence of neck injuries and soft tissue injuries. A neck injury on anticoagulants can be very serious if there is any bleeding involved as the bleeding can cause pressure on the spinal cord. I have had patients on anticoagulants who play rugby even at quite a high level. For one patient we came up with a compromise to allow him to keep playing. During the season he took heparin instead of warfarin and missed treatment for a day before each match. This is not ideal but allowed him to do something that was important to him knowing there are some risks involved. 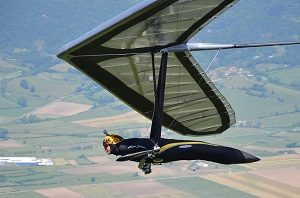 Patients often say to me, “Is there anything I should avoid while I am taking anticoagulants?” Jokingly I often say, “Don’t take up Hang-gliding”. However until I came to prepare this post I wasn’t really sure of the risks involved in this sport. The main risk of hang-gliding seems to be death from not being correctly strapped in or crashing. The National Center for Health Stats in the US has hang-gliding as a very high risk sport, worse than scuba diving but not quite as a high as base-jumping. In fact there are no good stats on the number of accidents. If you are going to drop a long way from the sky or crash at high speed it probably doesn’t matter if you are taking anticoagulants or not! 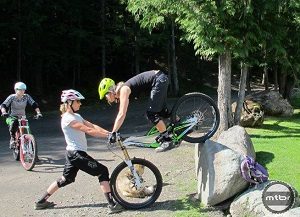 I certainly wouldn’t dissuade somebody from taking up cycling. There is good evidence that it is good aerobic exercise and should generally be encouraged. In some countries there is a strong culture of cycling. Having just come back from Scandinavia I was struck by how many people cycle everywhere. I was also impressed by the number of dedicated cycleways in these countries. Even in Rovniemi, in North Finland where the average temperature is -8C, there were excellent cycleways and many people obviously cycling to and from work. However competitive Mountain biking is another thing.

Perhaps the scariest aspect of mountain biking is that a helmet offers little protection, being propelled over the handlebars can cause serious head and neck injuries and there are reported cases of paralysis. Helmets are effective at protecting the head during minor falls but a serious impact will transfer energy down the spine and cause neck and spinal injuries.  In addition wrist and facial bone fractures are also common.  Another problem is that many bikers ride in remote locations that make it more difficult for a rescue team to get to them. 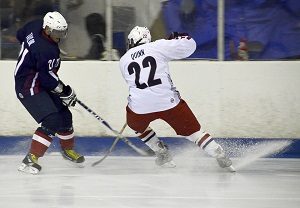 Most injuries in ice-hockey are due to collisions at speed, but injuries from sticks, skate blades and flying pucks also occur. This is another sport where helmets offer some protection but don’t make players invincible and neck injuries do occur. In addition to the injuries associated with the sport itself a number of injuries are related to fights that break out during the match. These include broken fingers and even bites.

Obviously if you take anticoagulants there are many sports that you can play, but in general it is wise to avoid those with significant contact, but this doesn’t always protect you. I had a young man with severe haemophilia who worked as a groundsman on a golf course. He thought this would be safe. Unfortunately one day he got hit on the head with a golf ball and suffered a bleed around his brain. Fortunately he made a complete recovery but his story emphasizes that all sports have their risks.

Have you had to avoid certain sports because of being on anticoagulants?

Reaching your Diagnosis - Introduction
The 'F' words of recovery - Could you have PTSD?