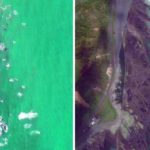 Almost 2 weeks ago New Zealand experienced a large Earthquake rated at 7.8 on the richter scale. This led to some significant changes in the topography of the South island with the seabed rising by as much as 4 metres in some places. This meant the sea life normally on the seabed well below the tide mark was suddenly exposed. One well known New Zealand delicacy, the Paua, … END_OF_DOCUMENT_TOKEN_TO_BE_REPLACED 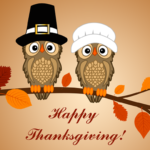 Even though we live in New Zealand, we like to celebrate the American tradition of Thanksgiving. We have a big family meal and give thanks for the birth parents of our three adopted children (I got this idea from Mia Farrow). Afterwards we get out our Christmas tree and lights to start the long process of decorating inside and outside. Paul is quite interested in the history … END_OF_DOCUMENT_TOKEN_TO_BE_REPLACED 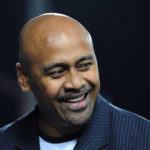 An All Black Legend One year ago, on 18th November 2015, one of the New Zealand Rugby greats passed away. Jonah Lomu was known the world over as an All Black legend and was one of the most feared wingers in the history of the game. He was only forty when he died and his death was seen as a huge loss to rugby as he was a great ambassador for the game. Although Jonah had a long … END_OF_DOCUMENT_TOKEN_TO_BE_REPLACED

Did you know that if you are struck by lightening your blood doesn't clot? This was first described back in 1794 and became quite important in the scientific discovery of how blood clots. John Hunter wrote in 'A treatise on the blood, inflammation and gun-shot wounds' records that in 'animals killed by lightning or electricity' or in animals 'who are run very hard, and … END_OF_DOCUMENT_TOKEN_TO_BE_REPLACED

At first glance you'd think today's post belongs in our 'Weekend Reflection' series, as the original phrase "When life gives you lemons make lemonade" is about coping with adversity. Apparently the phrase was first used in a 1915 obituary and has since been quoted often in various forms. Today though we're going to look at variations on the phrase, starting with the one that … END_OF_DOCUMENT_TOKEN_TO_BE_REPLACED 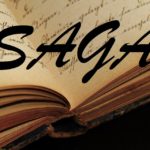 David Clotterfield and Clara Clearvessel are both on warfarin and as we follow their saga we discover their beliefs about anticoagulation through the various comments they make about their lives. At the end of each scene, you'll get a chance to test your knowledge; Are their comments true or false? Before reading this episode, you may like to catch up with the previous … END_OF_DOCUMENT_TOKEN_TO_BE_REPLACED 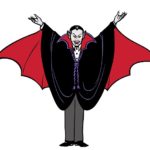 Happy Halloween - a good day to cover the ways that vampires have come to be linked with coagulation. Dracula Vampires, Dracula teeth and bats have become synonymous with the decorations for Halloween, but the story behind Dracula and vampires is quite interesting and goes back to the middle ages and is possibly linked to a rare blood disorder. It is not quite clear where the … END_OF_DOCUMENT_TOKEN_TO_BE_REPLACED 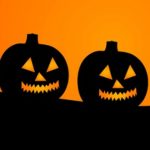 It's Halloween on Monday and we'll be explaining some of the medical links between vampires and coagulation, but in the meantime, we've found four blood-related ways to spoil yourself over the weekend. 1. Watch a movie with the kids (or grand-kids) Who ever would have thought a vampire movie could be described as 'sweet'? But that's exactly what came to mind as I watched … END_OF_DOCUMENT_TOKEN_TO_BE_REPLACED 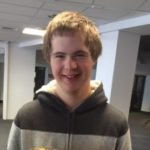 When people meet our son Noah for the first time, they usually recognise all he can’t do; you see he has Down syndrome and Asperger’s syndrome. Once you get to know him though, you quickly fall in love with his sunny personality and quick wit. You just accept that he looks different and has some odd behaviours. And we see him for what he can do. One thing he is very good … END_OF_DOCUMENT_TOKEN_TO_BE_REPLACED

David Clotterfield and Clara Clearvessel are both on warfarin and as we follow their saga we'll discover their beliefs about anticoagulation through the various comments they make about their lives. At the end of each scene, you'll get a chance to test your knowledge; Are their comments true or false? Before reading this episode, you may like to catch up with the previous … END_OF_DOCUMENT_TOKEN_TO_BE_REPLACED